That’s right, we went on pilgrimage to Madoka Church in Akihabara next. I’m sure quite some of you know that area already, but here is a picture of it anyway:

And hence we arrived at the church: 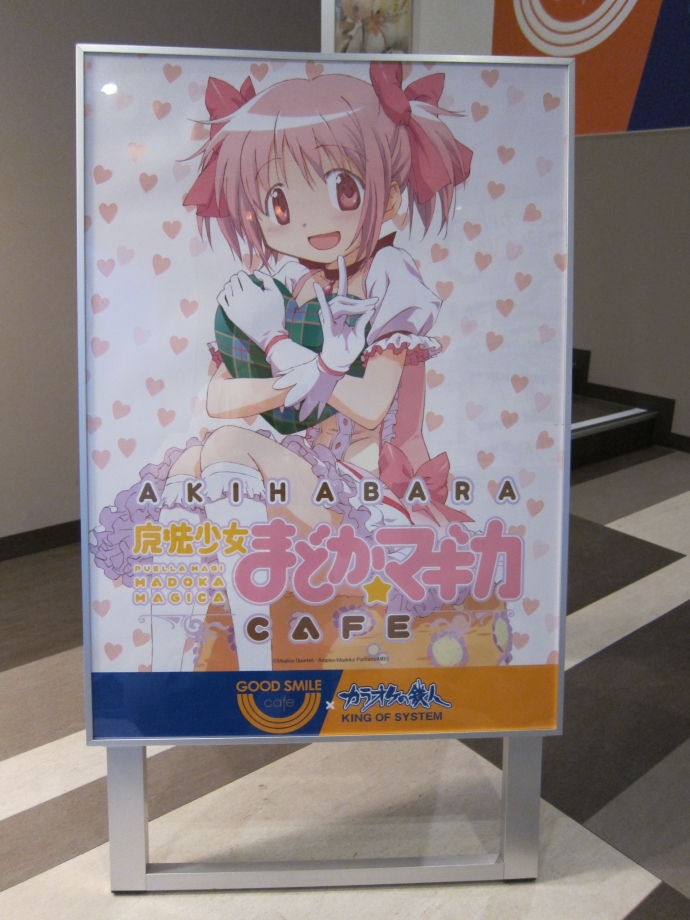 We got a nice seat again this time, locating next to Madokami and her heroines:

And right in front of the screen displaying slideshows: 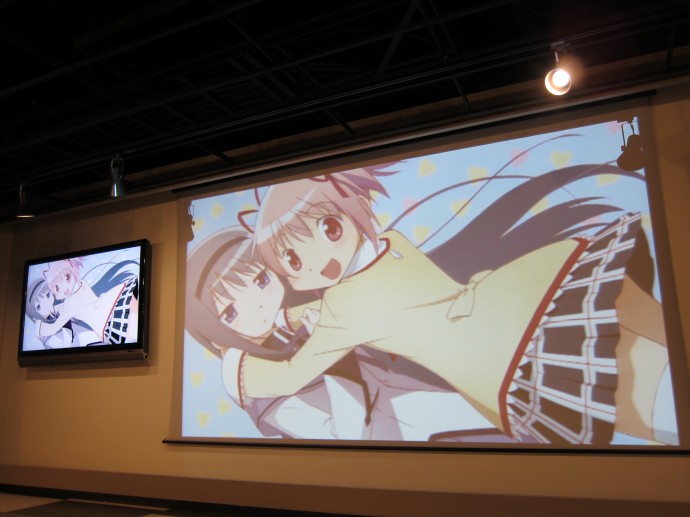 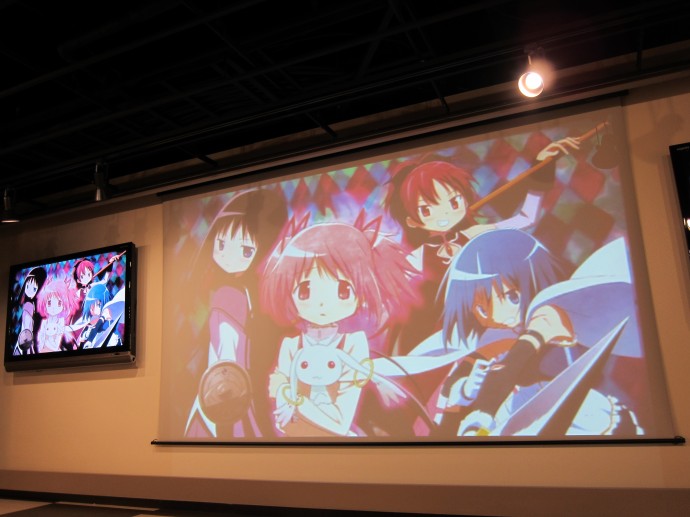 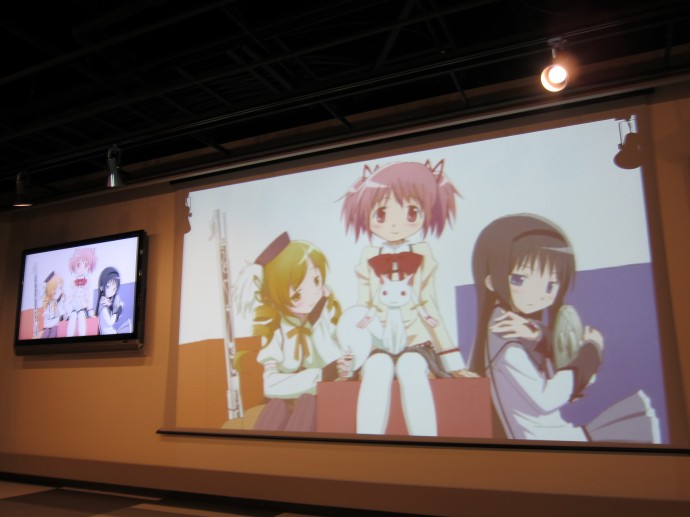 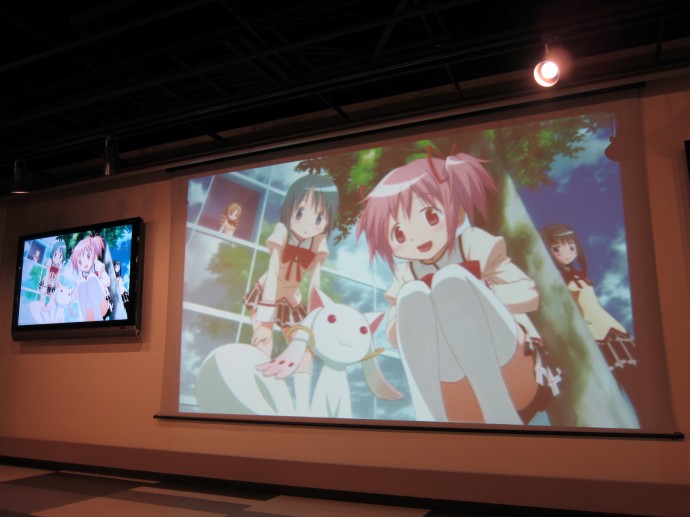 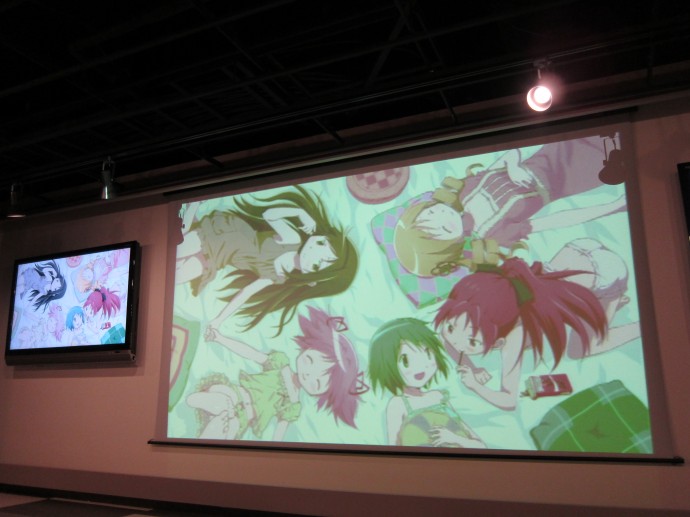 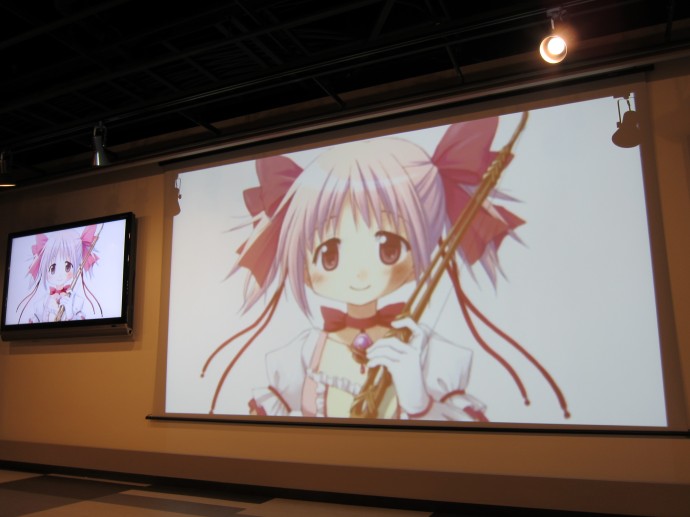 After admiring the beautiful slideshows, it’s time to take a look at the merchandises: 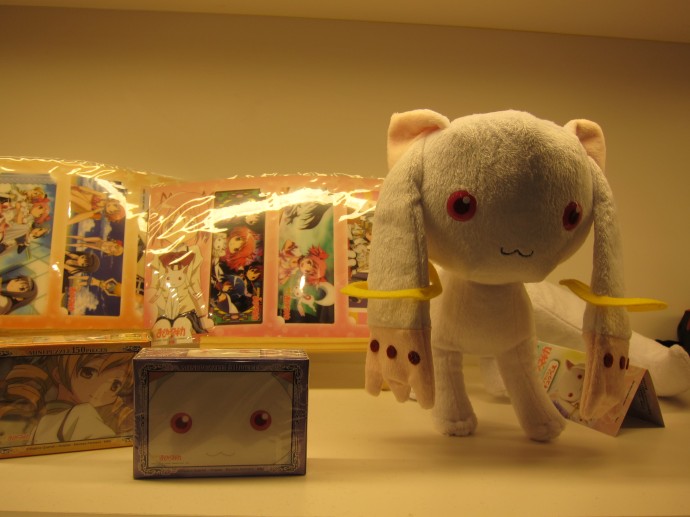 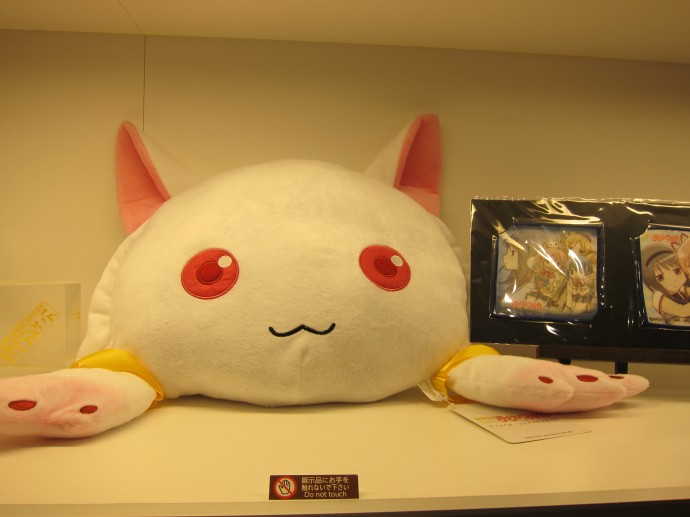 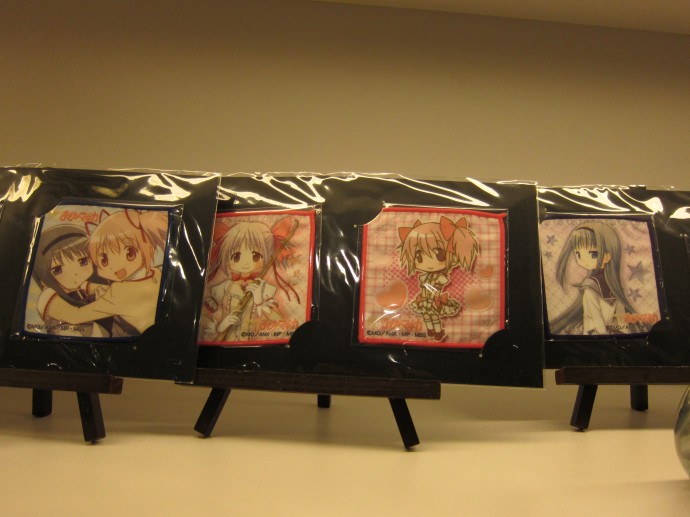 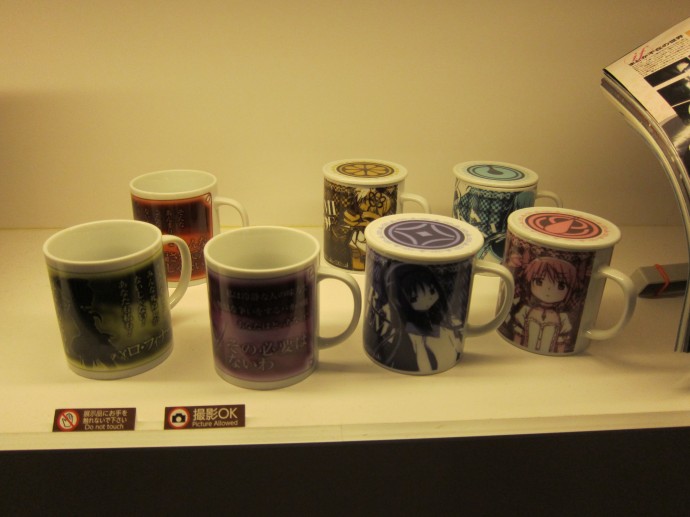 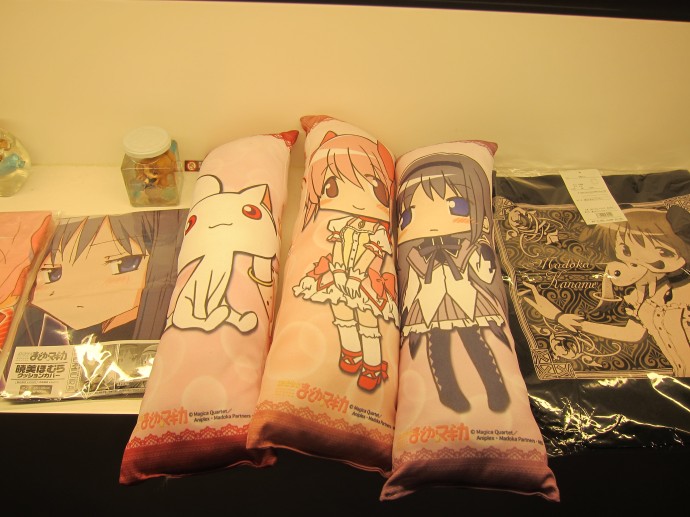 There were also some figures but not related to the Church. I took the pictures of the ones from Fate, Bakemonogatari, and Oreimo: 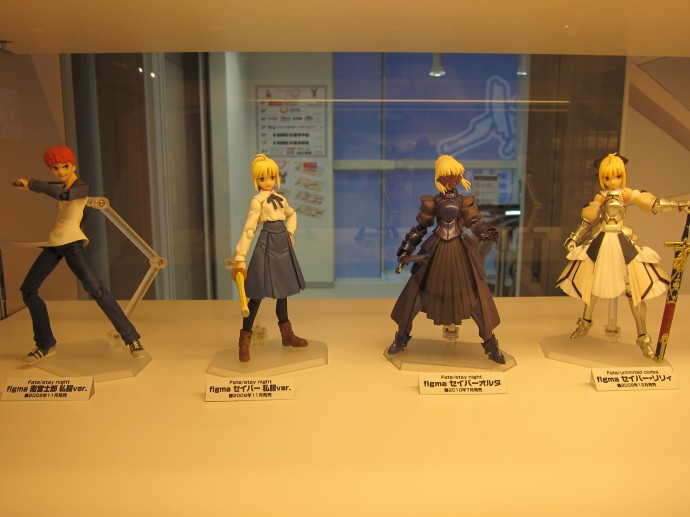 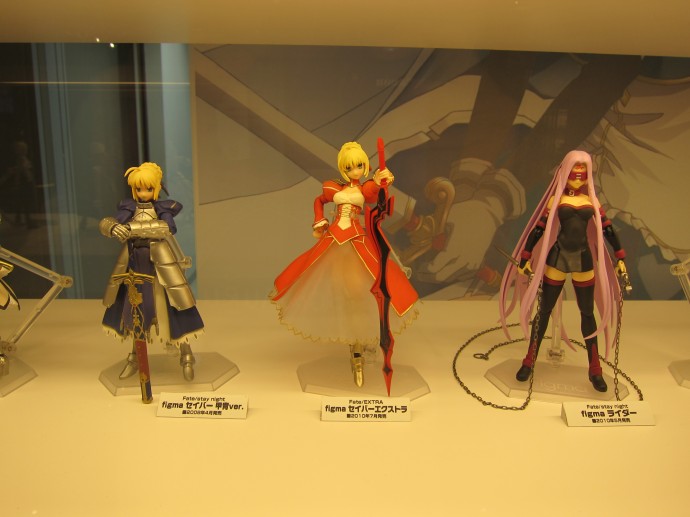 Here came the best part of the visit. So this lovely creature was hanging there in the Church:

If you take a close look at the stool: 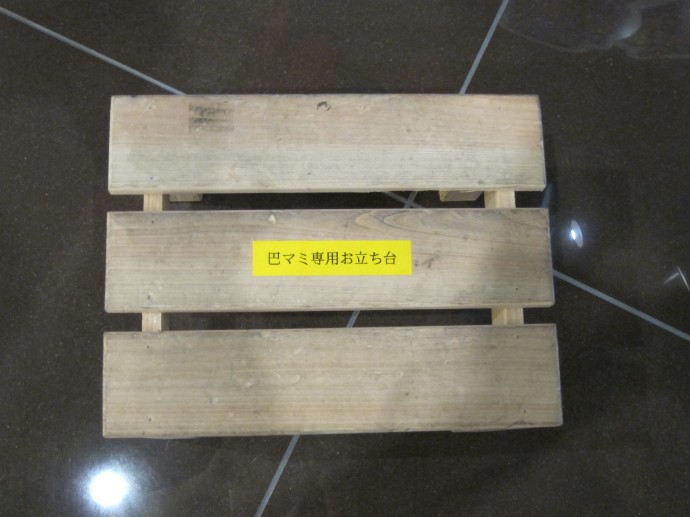 Seeing that I’m Mami on Rizon, it’s a given for me to step onto it. And you could imagine what happened next:

After that wonderful experience, naturally I had to take a visit to the restroom. First I passed by the female restoom: 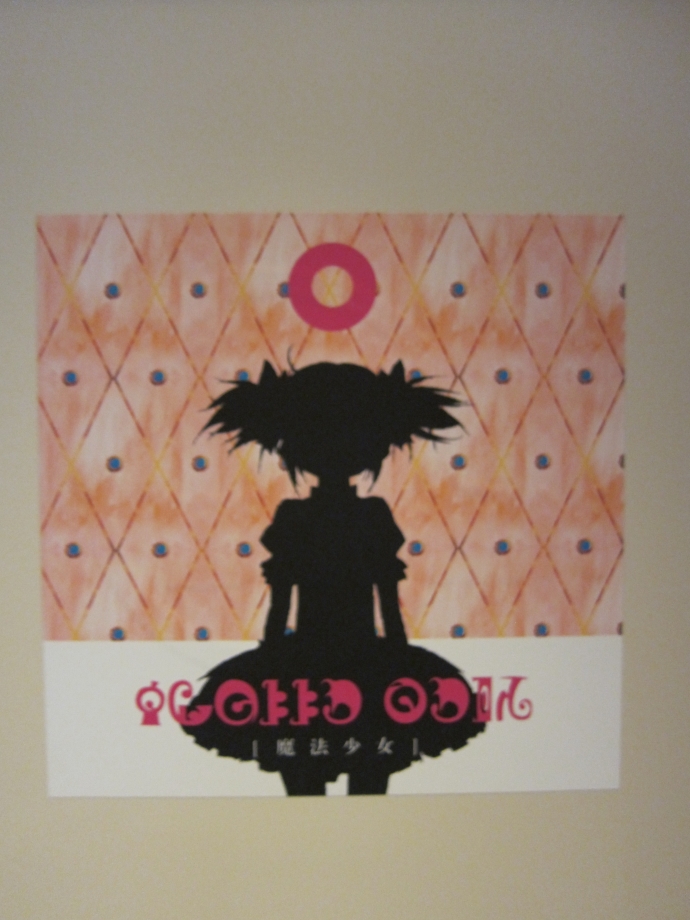 So I was expecting something similar welcoming me at the male one, but poor guu wasn’t aware what was awaiting for him there:

I thought Kyuubee was only interested in Mahou Shoujo’s and not guys, so why was he waiting at the male restroom! Upon seeing that horrible scenery, I ran for my life… and the song “Credens justitiam” started playing in the Church (for real. They kept looping a couple of Madoka music tracks in the background) and I ran into this: 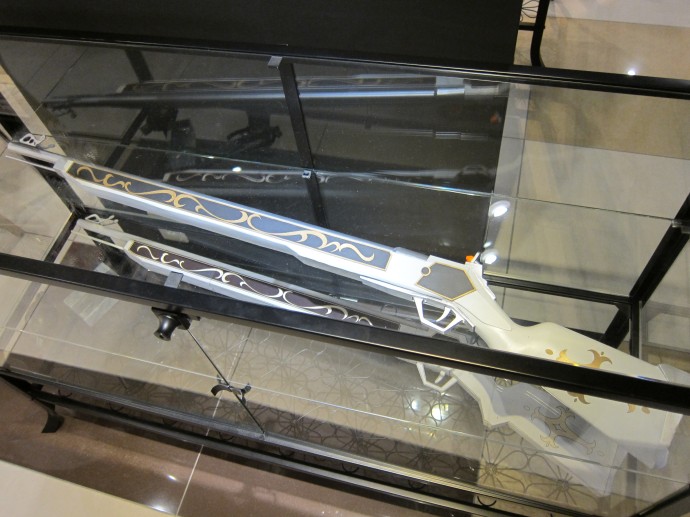 So I transformed and tried to fight off Kyuubee with Unlimited Gun Works. It was such a glorious fighting scene that could not be described by words or depicted by pictures. Kyuubee turned out to be as strong as rumored and I barely got away. At that moment we realized that the Church was actually a place full of dangers so we decided to retreat. Just before leaving the Church, I took a picture of the wall scroll of each of our heroines: 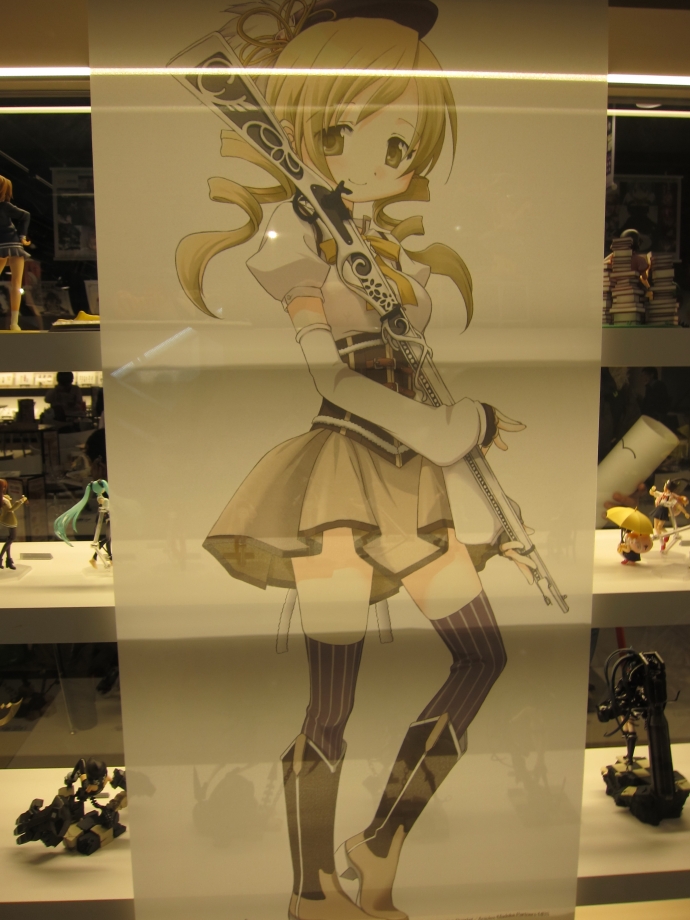 And that concluded our little Sunday adventure.